On June 5, 1989, Jeff Widener’s reaction to taking the most iconic photo of the 20th century was, “Damn it- this guy is going to screw up my composition!” His photo, now known worldwide, depicts an anonymous Chinese man standing in front of a line of tanks painted with red Communist stars. For as strong of a symbol this photo became, it seemed to be a complete accident. The man’s long-sleeved white shirt and black slacks suggest that this was not a planned act of defiance against the Chinese government. The man was returning from shopping or work and had gotten fed up enough to stand in the middle of Chang’an Avenue on the north edge of Tiananmen Square to stop the incoming reinforcements. The video recorded shows the man standing in the tanks’ way, waving his arms, climbing onto the tank and yelling something along along the lines of, “Get out of my city!” into the cockpit, before being rushed away by two strangers in blue. This was shot only two days after the bloody Tiananmen Square Massacre. Chinese troops sent by the People’s Republic of China had shot pro-democracy college students during their peaceful protest in Beijing, the capital. Jeff Widener, who was lucky enough to capture this act of defiance on the 6th floor balcony of the Beijing Hotel, was the first to get this powerful image over the AP wire and onto the front pages of newspapers around the world. Much to the Chinese government’s displeasure, he had captured the significance of an individual against the unity of a seemingly indestructible state.

Jeff Widener was born on August 11, 1965 in Long Beach, California. He first became interested in photography at seven when Life started taking his family portraits and continued for two years. To support his growing dream of working behind the lens, he began to work at a hamburger chain at the age of 15 to save up for his first Nikon camera. His dreams eventually came true in 1978 when he transferred to a Los Angeles high school and won the Kodak Scholastic National Photography Scholarship, beating 8,000 students in the U.S. for an educational safari to Kenya and Tanzania. He continued his passion by majoring in photojournalism during college and became a newspaper photographer in 1978 for the states of California, Nevada, and Indiana. At 25, he was bestowed the prestigious position of Foreign Staff Photographer with United Press International in Brussels, Belgium. 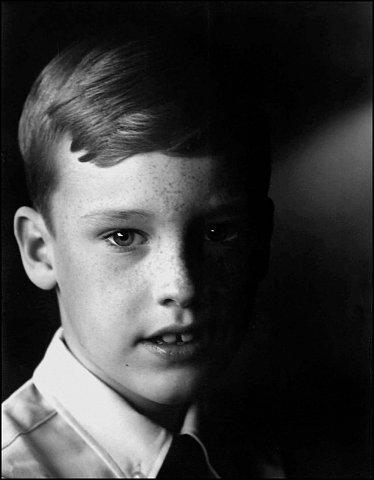 He was sent to document the Tiananmen Square protest. The army had orders to clear the square by the morning of June 4, 1989, so the night before, they began to forcefully attack protesters. On June 3, 1989, the day of the massacre, Widener received an almost fatal blow to his head from a stray rock that ended up crushing his Nikon camera; if the camera had not taken the brunt of the impact, he would have likely perished. The camera he used to shoot the Tank Man photo was therefore a mere replacement.

Two days later and still woozy from the incident, Widener was almost denied entry to his hotel by security, only to be helped in by an American college exchange student, Kirk Martsen, who was staying with another reporter. After successfully sneaking in with the camera and hiding the film in Kirk’s underwear, Widener managed to take snapshots of the square as it was filling up with tanks. Kirk left to get him more film as Widener took a nap. Awaken by the sounds of approaching tanks, WIdener groggily grabbed his camera and began snapping photos of the approaching tanks to take a “nice compression shot”. He was irritated as a man in a long sleeved white shirt and black slacks stepped right in front of the tanks. “I complained to Kirk and said ‘Damn it- this guy is going to screw up my composition.’ Kirk yelled ‘They are going to kill him!’” Given the previous days, seeing the man stand in front of the tanks seemed nothing out of the ordinary to Widener. Tank Man was only special because he was caught on camera; countless others had done the same thing but had never been caught on camera. As Widener watched the event unfold, his eyes fell onto his lens on his bed and he “made one of the biggest gambles in [his] life” to dive for the lens, almost missing the whole event. As “Tank Man” climbed onto the tank, banging on its window and shouting, Widener leaned over the hotel balcony to avoid getting the wall of the next room in the photo, exposing himself to possible gunfire. He managed to snap three photos before the man was rushed away by two strangers.

Widener wasn’t pleased with his photos when he first took them due to the low shutter speed. He remembers, “dumbfounded, I flopped on a sofa chair near the balcony door and swore silently. Kirk excitedly asked me ‘Did you get it … did you get it?’ I shook my head and said ‘I don’t think so’… Though I knew it would be impossible to expect a sharp image at such a low shutter speed, my sixth sense suggested that perhaps one image might be OK.”

After quickly getting over his initial disappointment, Widener urged Kirk to take the film in a plastic bag in his underwear to the AP office at the diplomatic compound. Kirk wasn’t able to find the AP office, so he dropped the film off at the American Embassy, who soon passed the film on to the office. After being scolded for using such a bad shutter setting, Widener was told his photo would be published despite its bad quality.  “I was just relieved that I didn’t mess up,” recalled Widener in an interview in Time. As he said on his site, “Though I knew that my image was inspiring, the impact of what I had accomplished did not sink in until ten years later when I spotted a headline on AOL which said ‘The Top Ten Most Memorable Photographs Of All Time.’” This ranking included his image of the Tank Man.

On June 6, 1989 his photo was first published in black and white by the Associated Press. When I asked Mr. Widener over email where it was first published, he said, “It was published all around the free world almost immediately,” hinting that he didn’t know himself. It was on the front page of all major UK newspapers, the International Herald Tribune, The New York Times, USA Today and eventually Time and Life. The photo is famous and was warmly welcomed by everyone but China, because as Time put it, it’s a “picture of defiance in the face of aggression.” Widener has also expressed why he thought this photo had become so famous: “I assumed [the Tank Man] thinks he’s going to die. But he doesn’t care, because for whatever reason—either he’s lost a loved one or he’s just had it with the government, or whatever it is—his statement is more important than his own life.” The popular reaction was overwhelmingly positive, evident from all the shirts, mugs, and posters he was stamped onto. There are even people who get a tattoo of the image as a symbol of defiance.

In China, the reaction to Tank Man is a different story completely; he’s censored for sparking the revolutionary spirit. The government has banned search terms such as “Tiananmen Square protests” or the date of June 4, 1989, as well Chinese characters that symbolize the lines of tanks (占点占) using resources like internet police, search filters, and the Golden Shield Network. As a result, only 15 out of 100 Chinese college students were able to recognize this photo during a recent study. China’s government was adamant on identifying and killing the man when the photos first came out to wipe him from history.

The identity of Tank Man remains unknown to this day, as is his fate. Although British tabloids identified him as 19 year old student protestor Wang Weilin, this was proven untrue, since his story was not matched and his name was not found in any Chinese records. Some foreigners were worried that the two people rushing Tank Man away were arresting him, but eye witness and Canadian journalist Jan Wong believes this is untrue. “If you’ve ever seen security people manhandle a Chinese citizen, they’re really brutal. … They twist your arm; they make you bend over; they punch you a few times; they kick you. … To me, I think he was helped to the side of the road. He wasn’t being arrested.” The hope that Tank Man is still alive only adds to the photo’s overall fame and hope that a singular everyday man had the means to escape the grasps of the overbearing Chinese government.

Tank Man still has an impact today as a symbol of courage. He shows that no matter who you are, you can stand for your beliefs even in the face of death. The photo is still being remade to address today’s problems. His plight has drawn attention to internet censorship and the power of the media in China. His image has been made into political cartoons depicting Angela Merkel as the sole person to stand up to Vladimir Putin. Another image shows the Dalai Lama confronting China’s Beijing Olympics.

I chose this photo because I had heard about Tank Man and knew a little bit about his story but was still intrigued by its sense of mystery, anonymity, and rebellion. I never studied photojournalism as a part of middle school history, so I found history dry, because I associated it with textbooks and systematic note taking. Learning about Tank Man made me feel like a detective uncovering a mysterious individual’s unsolved story. It showed me that you can learn history on a small scale through a single photograph instead of through general lectures and abstract concepts. No matter what form the man with the white shirt and shopping bags takes on, he has become an universal icon of resistance, who, despite all the attempts to wipe him from history, will powerfully live on forever.