The Worst Fashion Trends of Every Decade

Each new decade in American history brings about renewed hope for political reform, a sense of nostalgia for the sentiment of the previous decade, and, of course, new fashion! Just as music is divided into eras(Romantic, Baroque etc.), fashion is divided into decades. As such, each decade in America’s history can be defined and understood through its trendy leg warmers or tie-die, and likewise the fashion of each new ten years of our society reflects and encapsulates their respective political, civic, and social spheres. Fashion trends accentuate class lines, unveil racial tensions, and serve as a forum of  our expression or rebellion against the established norm. After all, opposition to the Vietnam war and hippie trends happening at the same time wasn’t a coincidence.

So, as we look back upon our constantly evolving fashion from the 1900s to today, it’s important to reflect on the best and the most memorable of each decade, but also the most cringe-worthy. Sometimes the most appalling trends help us best understand what people were thinking and feeling hundreds of years before us. So let’s get into it!

If you’ve taken a history class here at Crystal, you probably grimace at the word corset today. Corsets were essentially a tight, elongated bodice that you wore underneath your other elaborate and immensely uncomfortable clothing. But corsets gave uncomfortable a whole new meaning. I mean, after hearing about this, you will likely ever complain about Brandy Melville’s fraudulent “one size fits all” again. Corsets were so tight and stiff that they frequently caused internal organ damage and broken ribs, and took women hours to get dressed. For this reason, getting dressed up for events- or even for daily life- was an activity in itself for women. Let’s just say the idea of comfort over appearance did not stick in the 1900s.

Just as Corsets were beginning to fade, Edwardian hats made their way onto the national stage. A relic of the Titanic era, Edwardian hats were feathered disasters that looked like a cross of a peacock and a sombrero. Luckily, today you will probably only see them on “Downton Abbey”.

But don’t worry, horrific fashion trends were not exclusive to women! The 1920s brought about a new symbol of elegant leisure for gentlemen- the smoking jacket. The smoking jacket was, in reality, a glorified bathrobe designed to hold watches on chains. They were made of velvet and saturated with cigarette smoke, as this was supposed to separate upper class men from their working class counterparts and indicate that their wealth allowed them to enjoy a good smoke and leisure.

You might know this as the “vintage Taylor Swift shoe”, but T-Strap heels made their way into the public eye long before “You Belong With Me” hit YouTube. This footwear may have looked comfortable, but in reality it squeezed the foot tightly in every possible way, and resembled the offspring of a Jimmy Choo shoe and a Croc.

Now, there is nothing wrong with this look in appearance(well, except for the bagginess, the padded shoulders, and inability to fit most of the people that wore them). But it should be noted that Zoot suits were fully loading with racial stereotyping against the young Black and Latino men who wear them in Harlem and Los Angeles in the 1940s. We are glad they left the national stage alongside FDR.

I love a good poodle skirt as much as the next girl, but more as a cute 4th grade Halloween costume rather than a wear out for a night on the town kind of thing. The 50s had some great looks, but among them came the “let’s look like animals or put animals in our clothing trend.” We all love poodles, but why did they need to go on pink puffy skirts.

We are all thanking the fashion gods that this did not actually become the fashion of the future. These metallic skin-tight pants and matching belts and hats are best restricted to the Seniors’ outer space costumes.

Now, for a brief time in our history, men wore full-length tuxedo onesies that resemble embellished wetsuits. They came with frills. They were purple and brown and even skin colored. Unfortunately they still haunt us today come theme-parties and Halloween. I myself had the pleasure of seeing my dad sport an all-white jumpsuit and matching Lennon sunglasses. 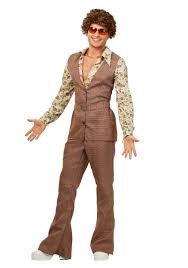 Don’t our legs get warmer when we work out, not colder? Still not sure. I got to admit though, they really did give those 80s exercise videos a little bit of flavor.

Not sure which tween celebrity made these cools, but since when did sunflowers become accessory essentials?

This one I relate to too much. Everyone and their mother had a tracksuit with a cami underneath it back it the 2000s. And you were especially cool if yours said “JUICY” across the back. I totally get the appeal to comfort, but did track suits really have to be velvet? Did they really have to have fur in the hoods? And did they really have to be bright blue?( @Britney Spears). In elementary school I remember rotating my Old Navy velvet track suits and feeling especially cool when I stole my older sister’s bright pink one. 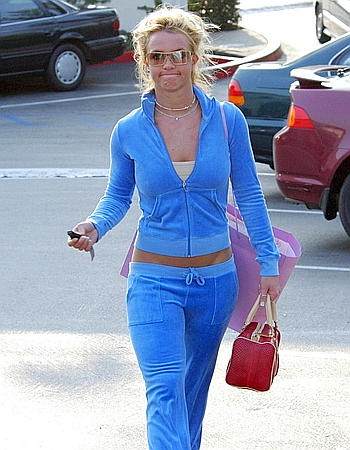 Did we miss any fashion faux paus? Let us know in the comments below!